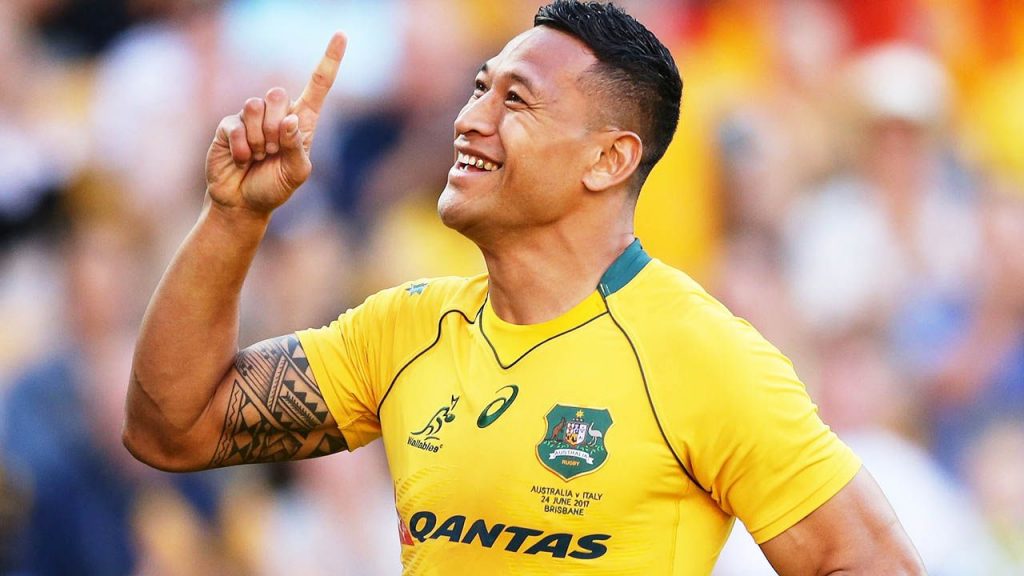 The fallout experienced by Israel Folau following his now infamous tweet is a cause for great concern. You might think that the issue is purely about love vs hatred for homosexuals but it is far more than that.

It is fundamentally about a culture of authoritarianism and intolerance. A culture where tolerance means one thing for members of the LGBTI community and another for others. Especially those not subscribed to the idea that gender is malleable.

To be clear, hatred and mistreatment of non-heterosexuals do exist and need to be exposed and eliminated. But such an action should not be done as a pretext to rationalise their lifestyle.

As Christians we must be careful not to define love in a manner that redefines biblical morality. We must bear in mind that we are on a straight and narrow road that has love on one side and truth on the other. And truth, dear readers, is something we discover rather than define.

Some Christians today are reinterpreting the Bible and conclude that it does not expressly prohibit homosexuality. This is a strange conclusion in the face of such overwhelming reference to the traditional binary terms “male and female”. Besides, any exegetical issues cannot be so vast and material so as to discount the idea that the Bible is generally heteronormative.

You may ask, what about people who struggle with same-sex attraction? My answer is that attraction — whether heterosexual or homosexual — cannot be used as a basis for morality. At all times we are struggling with a proclivity towards many lusts and forbidden things. On top of that, sexual relations in the Bible were designed, not just for pleasure, but also for procreation. Therefore, an aberration in one area opens the floodgates to other areas.

Take, for instance, what is happening in Canada. Lawmakers there want to criminalise anyone who refuses to use the preferred pronoun of trans people. They want social norms and protocols changed to suit people’s subjective feelings.

As a result of such moves, Meghan Murphy — a self-employed feminist writer with 25 000 Twitter followers — is now barred from the microblogging site for life after she tweeted “yeah that’s him” in reference to a Canadian trans-woman who still went by a male name and is believed to still retain male genitalia.

The same trans-woman is reportedly suing a number of beauticians after they refused to administer a Brazilian wax, which involves the removal of pubic hair.

Murphy is not only deprived of her livelihood but also has been subjected to virulent harassment and intimidation, including threats of physical violence. Are these actions purely cathartic and isolated or do they represent a growing intolerance towards non-compliant people?

What’s strange is that the pressure to comply does not change the fact that research in the relationship between biology and sexual orientation is inconclusive.

Something else that does not change is the rate of suicide among trans people. This rate — currently the highest among all groups — does not change much after people undergo gender reassignment surgery. This is even after factoring in bullying and societal rejection. Added to this is the fact that some regret the change and revert back to their original gender.

Advocates of gender nonconformity point to intersex people to try and show that gender identity is nuanced and intricate. But I disagree that intersex occurrence is so prevalent so as to invalidate gender distinction.

Besides, most intersex people have a dominant gender they identify with. They hardly remain gender-neutral. Similarly, “effeminate men” and “butch women” do not have their chromosomal gender changed as a result of their features or inclination.

I want to conclude by saying that I believe that the issue of gender identity is more psychological than physiological. Our response as Christians should be twofold. We need to maintain biblical truth while remaining considerate of the feelings of others. Balancing these two ensures that we can face up to political correctness while extending compassion and care to those who suffer from gender dysphoria.