When artistic licence gets pushed too far 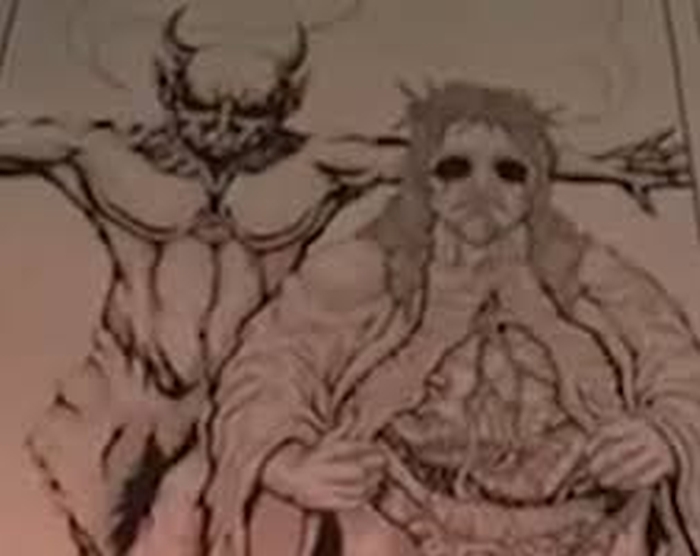 “The end justifies the means” is basically the explanation given by the student whose artwork provoked a lot of outrage from South African Christians. Brett Murray had the same pragmatic response for his controversial painting, The Spear. In it he depicted SA President Jacob Zuma in a pose reminiscent of Lenin, with his genitals exposed. Zuma was angry and took Murray to court where he argued that he was hurt and offended as the painting was a violation of his right to dignity and privacy.

In his defence, Murray said his intention was not to offend. And this is where things get difficult for me concerning contemporary art. We are told to focus on the meaning behind the symbolism. It is as if how the message is communicated becomes irrelevant. The artist Ayanda Mabulu got the memo and took shock tactics to unknown levels.

Yes, the looting of public coffers is bad and deprives many people of a decent livelihood. But can it be equated to rape?  Most importantly, does Zuma’s alleged involvement in corrupt activities invalidate or take away his right to dignity and privacy? Is the artist’s right to freedom of speech superior to Zuma’s basic human rights? These are the questions that swirl in mind as I consider the explanation given by the Grantleigh student. He says that his art explores the commercialisation of organised religion and exploitation of the faithful.

He strenuously argues that his art is not satanic. And yet one of his paintings resembles an album cover of the satanic metal band, Diecide. Besides this, he could have used symbols from any religion to communicate his message. And yet only Christianity was the object of vilification.

He desecrated almost everything Christians hold as sacred — including plastering horned figures with fragments of pages torn from the Bible. It is as though the artist was trying to replicate Salman Rushdie’s novel, The Satanic Verses.

The book is a fanciful and satiric use of Islam. But its literary value was overshadowed by the intense controversy it generated. Muslims everywhere were enraged and Iran’s Ayatollah Ruhollah Khomeini issued a fatwa against the author, enjoining Muslims to kill not only Rushdie but also the book’s editors and publishers. As Christians, we don’t need to engage in such violent acts to defend God. But we do need to use peaceful means to defend our right to believe in Him.

Some Christians think religious persecution and the curtailing of our civil liberties is part of our mandate to turn the other cheek. However, I think such an altruistic position is counterproductive to the Gospel. It is a failure to balance two tensions. The need for compassion for the Grade 12 learner and the duty to confront any attempts devalue our faith. Grantleigh High School former 2011 Headboy Sinjon Moffet has weighed in with an important input.

He countered the use of “freedom of expression” as a viable justification for this artwork. In an open letter to the school he said it should not attempt to pretend that it allows students to express their unbridled personal opinions and beliefs. He said that during his time there, students “who expressed racist and homophobic viewpoints were instantly shut down and disciplined by staff”.

Perhaps the offence caused by this artwork is inadvertent but it should not be minimised. Neither should it be mollified by explanations behind the artwork. Let me ratchet things up a bit. The old South Africa flag is banned. In a court case brought by the Nelson Mandela Foundation and Human Rights Commission a court ruled that the gratuitous display of this flag constitutes hates speech. The ruling is based on the historical connotation associated with the flag.

But what about contemporary usage and even the right to freedom of expression? These noble positions did not weigh a lot in the judge’s mind. He felt that greater good was served by the banning order. Does the flag have historical value? Yes, but it is still not fit for public display. Similarly, the association of Jesus with satanic symbols is wrong. Especially from a school which has as its motto, “To God be the Glory”. For, if they are prepared to impugn the Lord’s dignity for the sake of art they might as well have “To Art be the Glory”.